The peteneras, a very sentimental style of flamenco singing and dancing

Petenera is a flamenco style of singing and dancing that, from its origins, has been linked to superstition, since it was said to bring bad luck to all those who performed it.

It is one of the most sentimental flamenco styles made up of sad and melancholic lyrics, which is played slowly, although in the older versions the rhythm was faster and the songs less distressed.

The peteneras have a stanza of four octosyllabic verses that go on to become six or more due to the repetition of some of them. In addition, another verse is added in the form of rubble, the most common is usually “Mother of my heart”. The metric of the peteneras is governed by 6/8 and 3/4 bars, making their accents strong as follows 1-2-3 1-2-3 1-2 1-2 1-2.

The petenera already existed musically before being adapted to flamenco. According to some researchers, it is a style that is related to the zarabanda (XVII). The name of this style is due to a singer woman who lived at the end of the 18th century in Paterna de Rivera (Cádiz), called “La Petenera”.

On the origin of the petenera, as it happens with other styles of this art, there is no unanimity between the experts and scholars of flamenco. There are those who place it in America, since a jarocho style of music and dance, typical of the Veracruz region (Mexico), is also called petenera. Others, however, indicate that the origin of this style is Spanish. 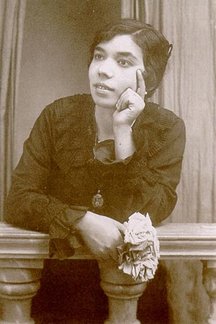 At the time it was believed that the peteneras had Sephardic roots due to the references made in many of the letters, as we can see in this example: “where are you going, beautiful Jewish woman …“.

However, the theory that has more force is the one that locates its origin in the sones of Veracruz, called peteneras, with the harmony and tune very similar to the style that we know today.

It was at the end of the 19th century, when the peteneras became known in Spain, thanks to the singer José Rodríguez Concepción, known as ‘Medina el Viejo’.

This version was adopted by other referents of flamenco singing such as Antonio Chacón or Pepe ‘El de la Matrona’. Later, the ‘Niña de los Peines’ would make this style their own, enriching it with her unforgettable voice.

The dance of peteneras became popular in Sevillian dance schools and especially among young people, becoming one of the most practiced after the classical seguiriyas. Flamenco is considered one of the oldest dances.

From the flamenco petenera we can find several styles: the old or large one, represented by Antonio Pozo ‘El Mochuelo’, and the modern or small one, in which ‘Medina El Viejo’ stands out. The ‘corta’ (short) derives from the latter, whose main references are Pepe de la Matrona and Rafael Romero.

The old petenera is not danceable, while the small one is danced with steps of seguiriya, shawl, castanets or clicks and accompanied by palms. The dancers of peteneras is mainly due to artists such as Paulino Ruiz, Soledad Miralles and Rosa Durán.

As we have advanced at the beginning of this article, both the dance and the singing of the petenera are surrounded by a superstitious aura, as is the case with the alboreá, a gypsy wedding song. This superstition of ‘bad luck to those who interpret it’, dates back to the 1940s. That is why many Calés singers avoid singing it or even hearing it.

As it is one of the most unknown forms of flamenco integrated, initiatives have been carried out so that this art does not fall into oblivion, such as the Penteneras Singing Contest, held in the Valencian town of Paterna, since 1972 .

It is not the first time that we refer to flamenco expressions that are used as ready-made phrases. In this case, it is often said “go by peteneras or leave by peteneras” when someone you are talking to changes the topic of conversation so as not to respond.

In short, the petenera is essentially one of the most enigmatic styles of flamenco art. The legend and the myth surround the history of this traditional style that is worth enjoying. 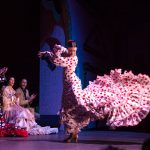 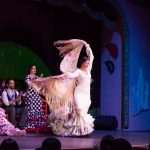