The flamenco castanets, what is the origin of this instrument?

By El Palacio Andaluz
Posted 12 May, 2018
In Flamenco
The flamenco castanets, what is the origin of this instrument?2018-05-122018-11-26https://elflamencoensevilla.com/wp-content/uploads/2019/11/tablao-palacio-andaluz-sevilla.pngEl Palacio Andaluzhttps://elflamencoensevilla.com/wp-content/uploads/2018/05/origin-of-flamenco-castanets-760x507.jpg200px200px
0

If there is an instrument that we inevitably associate with flamenco, that is no other than the castanets, which, together with the classical guitar, represent the identifying sound of flamenco music and dance and, therefore, of Spanish folklore and culture.

This instrument gives a special touch and character to music and, in particular, flamenco castanets, also called chopsticks, play a very important role. Considered as an identifying instrument of Spanish music, castanets are part of the cultural heritage of this country.

Although now it is almost impossible to unlink castanets from flamenco, the history of this percussion instrument tells us that they have not only been part of this musical style.

Generally, castanets flamenco are made of wood, although over time they have begun to be made with other materials such as pressed cloth or fiberglass. If we dive into history, the castanets began to be used in the Middle Ages in Spain, but its origin is thousands of kilometers from the Iberian Peninsula and hundreds of years of the Middle Ages.

The origin of the castanets

The invention of the castanets is attributed to the Phoenicians, who made the first sticks more than three thousand years ago, using common wood. They were instruments similar to those of today, they were called rattlesnakes and used them for their religious ceremonies, associating them with festive rites.

Thanks to commercial relations, the use of castanets was expanding throughout the Mediterranean countries, especially in the areas of present-day Italy and Croatia.

However, it was in Spain where this instrument managed to carve a niche in its culture, acquiring a remarkable importance, especially for flamenco music.

But long before becoming an essential instrument for flamenco, castanets already had their place in classical music. Among other artists, we remember what Santiago de Murcia, one of the most important Spanish guitarists and composers of the Baroque, did. In some satirical pieces he composed, called ‘jácaras’, the castanets had a fundamental role. He also created some fandangos whose melody was played by the classical guitar and, of course, by the castanets.

Although they have become a characteristic and identifying instrument, flamenco castanets have also been used in other styles of Spanish music and have been part of the folklore of other places such as Portugal or Latin American countries.

In addition, the castanets have become a key accompaniment in various musical compositions, being one of the oldest percussion instruments that have survived the passage of time, becoming a cultural symbol, especially of flamenco in Spain.

The Spanish castanet is the only one that has evolved and has been adapted to the needs of the performer or the bailaor or dancer, until acquiring the appropriate form for the execution of the rhythms that accompany singing and dancing.

The castanets are round and hollow and, generally, they are made by two pieces of wood, joined with a rope, that when striking to each other they produce that soniquete so characteristic that it has. 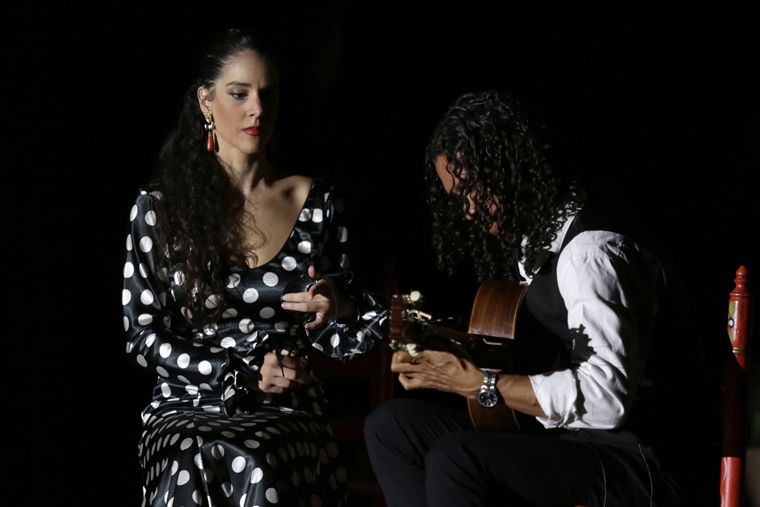 María Damaro with flamenco castanet in the show at the El Palacio Andaluz in Seville.

In a pair of castanets, we must bear in mind that they are not the same and that, according to their sound they are placed in one hand or another. The one with the highest tone, called ‘female‘, is played with the right hand. The ‘macho‘ is placed on the left and is what usually marks the rhythm.

They usually accompany the regional dances and, if we speak of flamenco, this instrument is used in the sevillanas or dances of the family of the fandangos, such as the verdiales or the fandangos of Huelva. They have also been used extensively in seguiriyas, soleá, cane or guajira.

The dancer Camen Amaya helped to popularize the use of castanets in flamenco, thanks to her mastery and rhythmic sense. It is precisely the rhythmic richness that it possesses, which makes this instrument create a very special atmosphere, especially at times when they become the main sound during the performance of a piece.

This is the case of the flamenco show that is performed at the tablao El Palacio Andaluz, where the interpretation of a single of castanets by the dancer María Damaro, along with one of the guitarists during the show, becomes one of the most special moments of the acting.

If you visit Seville and want to enjoy flamenco art in capital letters, do not hesitate to watch our show and see first-hand how our flamenco castanets work. We have special discounts for online bookings. We will wait for you! 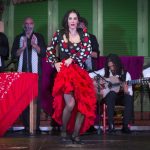 Know the benefits of flamenco dancingFlamenco 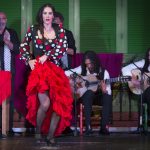