Flamenco is a very rich art, the result of the cultural influences it has received from its origins to the present day. As with other artistic expressions, this genre also has a specific slang, typical expressions of flamenco that refer to sets of singing, dancing or the interpretation of music or the feelings that are expressed through them.

But in addition, many of these phrases are used to refer to ways, attitudes or gestures that have nothing or little to do with flamenco art. If you are interested in knowing a little more about the world of flamenco and its expressions, we invite you to read this article in which we compile some of the most used flamenco phrases, explaining the meaning and origin of them.

Flamenco expressions to know about flamenco

Let’s start with some of the expressions that do direct allusion to flamenco art, moments of dancing, singing or music.

When referring to the “cuadro flamenco”, do not think of a painting in which, for example, dancers or singers appear in it. Nothing to see It is the expression used to refer to the cast of artists who participate in a flamenco performance. Generally, cantaor or cantaora; guitarist; and bailaor or bailaora, but you can also add palm trees, the drawer or other instruments involved in the show.

Expressions like ‘follow the beat’, ‘don’t lose the beat’ ‘play the beat’ or ‘how well you keep the beat’ are also from flamenco slang. The flamenco compass plays a decisive role in dance, singing and guitar and, therefore, in the expressiveness of the artists. It is the rhythmic pattern or the metric on which the sticks are made, which helps to differentiate them because it is the way you have to measure each time. 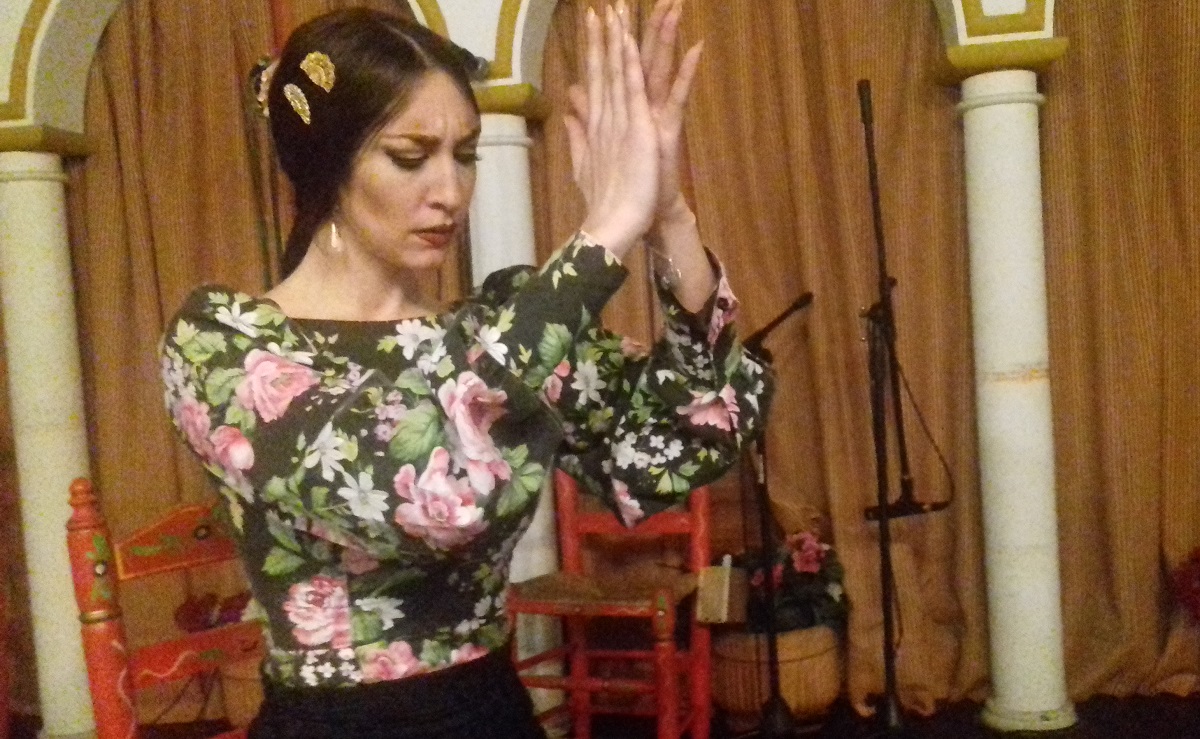 To understand it better, let’s turn to a practical example. Let’s say it’s a kind of heartbeat, a constant pulse that creates a rhythm inside us that drives us to follow it instinctively with our feet, palms or body movement. So to go “to the beat” is to keep up with the corresponding style and, say, do it right.

“Start by bulerías” or “start by sevillanas”, are also very own flamenco phrases, which are often used to refer to starting a flamenco style. Let’s give an example. You are at a flamenco party and someone tells you, “Come on, get on,” what do you have to do? Go dancing or start singing. That easy. Because flamenco artists, rather than start or start … they “start dancing, singing or playing”.

The typical expression associated with flamenco is that of “duende”, a relationship with this art that is due to the lyrical creation of Federico García Lorca, who at the Conference: “Game and Theory of the Duende”, explained that in relation to the manifestations of the singer El Lebrijano.

«The days that I sing with an elf, there is no one who can with me»; the old gypsy dancer La Malena exclaimed one day listening to Brailowsky play a fragment of Bach: «Ole! That has a duende! ”, And she was bored with Gluck and Brahms and Darius Milhaud. And Manuel Torres, the man with the greatest blood culture I have ever known, said, listening to Falla himself, his Generalife Night, this splendid phrase: “Everything that has black sounds has a duende.”

Therefore, the ‘flamenco duende’ is that special gift that some artists linked to this Andalusian art possess. So when it is said that “that person has a duende”, what is reference made to? In this case, what is expressed is the charisma that person has for dancing, singing, playing guitar or for the cajón. It is an expression that refers to art that emerges naturally during a performance, it is that innate talent that some people have and that borders on perfection.

As we have advanced, there are also a series of phrases that although they allude to flamenco, its meaning is not directly related to art, that is, it does not directly refer to flamenco itself. We see it in the following examples.

In the past, to refer to flamenco was to refer to a gesture, behavior, a pose or even a way of seeing or expressing things and in relation to Andalusia. Over time, this type of allusions extended and applied to the artistic if it had Andalusian origin, giving them an identity stamp to expressions of the type “what flamenco style does it have”; “What flamenco you saw”; “What flamenco speaks” or “what flamenco gestures do you have”. Phrases, which are still used today.

“That person is very flamenco” . Surely you’ve heard this expression on more than one occasion, right? This phrase does not mean that “that person” we are referring to has a professional relationship with flamenco or is an expert in this art.

Although in certain contexts I can make reference to the artistic characteristic, it is usually a phrase that is used with another meaning, as we tell you below.

To understand what this expression really means, you have to go back a few centuries ago, to the times when Carlos III reigned, a time when the terms flamenco and gypsy were discredited.

The flamingos were soldiers from Flanders, who had a brave and courageous attitude, fame they shared with the gypsies. Hence, the expression “that person is very flamenco”, is used to underline a chuleca, challenging or brazen attitude of it.

Another typical expression of flamenco and very similar to this one, and that you have surely heard on more than one occasion, is that of “putting on flamenco”, which also refers to taking a certain position or attitude, usually with a negative connotation. For example, when someone wants to fight, it is often said that “he is putting on flamenco”, an expression that does not mean that he is about to start singing or dancing.

It also uses phrases like “what a flamenco!” When someone dresses flamenco or uses a typical complement of this art, such as a flower in his hair, and although “put on flamenco” does not have to know sing or dance. With this type of locutions, the person’s cheerful attitude is more alluded to, than to his artistic condition, especially when we refer to someone who has no professional relationship with flamenco.

As you can see, flamenco is a very lively art and rich in every way. In addition to these expressions, it has its own terms that define flamenco styles and other elements, granting a differentiating stamp to this artistic expression. 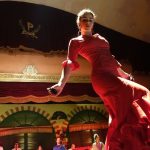 Seville and flamenco, where to enjoy this artFlamenco 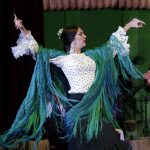 The nonverbal language of flamenco, the expression of artists in a showFlamenco