The flamenco cajón: history and origin of this percussion instrument

By El Palacio Andaluz
Posted 9 January, 2019
In Flamenco
The flamenco cajón: history and origin of this percussion instrument2019-01-092019-01-09https://elflamencoensevilla.com/wp-content/uploads/2019/11/tablao-palacio-andaluz-sevilla.pngEl Palacio Andaluzhttps://elflamencoensevilla.com/wp-content/uploads/2019/01/historia-del-cajon-flamenco.jpg200px200px
0

Although it seems that the flamenco cajón has always been part of the musical culture of this artistic genre, the reality is quite different. Imagining a flamenco performance without the presence of this instrument is somewhat difficult, but the truth is that the connection of the cajón with flamenco art has barely lasted for decades.

It was in 1977, when Paco de Lucía discovered this instrument in a tour of America, specifically in Peru, when attending a party organized by the ambassador of Spain in the Peruvian country, which acted Chabuca Granda, accompanied by a musician who played the drawer. Upon hearing it, the sound caught the artist’s attention and he began to play the guitar with him.

Why is the cajón ideal for flamenco?

At that moment he clearly saw that the cajón fit with the percussion of flamenco, a percussion that had always been played with the palms, but they did not offer the consistency and adequate precision for the group that did have the box. 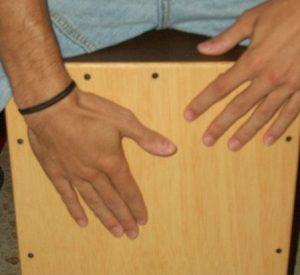 Other characteristics that, in the opinion of Paco de Lucía, made this instrument ideal for flamenco, was the high-pitched sound similar to that of the bailaor’s heel and the grave sound similar to the one made by the artist during the zapateado.

To these peculiarities, let’s say instrumental, we must add that it is an easy item to transport and that, due to its size, it occupies little space.

All these particularities made that Paco de Lucía decided to bring a box for Spain. He used it for the first time in the theater of the amusement park of the Casa de Campo in Madrid and, from that moment, in all flamenco houses there was a cajón, a contribution to the flamenco tradition that the artist confessed “feel very proud.”

Origin of the flamenco cajón

Although the idyll between the cajón and flamenco is recent, to trace the history of this instrument, we must go back to the seventeenth century, when the origin of what would be the predecessor of the current flamenco cajón is dated, and travel to American lands where the Peruvian cajón emerged.

It is said that they were the African slaves that the Spanish colonizers brought to the American continent, specifically in Peru, who used to accompany their songs the wooden boxes used to transport goods.

From those proto-cajones until now, this instrument has evolved a lot, especially since it is used for percussion in flamenco. Details such as the addition of strings inside or how to fix the front cover are some of the variations that differentiate the flamenco cajón from the original Peruvian cajón.

The “sober” sound that conquered Paco de Lucía is now irreplaceable in most performances and flamenco shows. An instrument that has been adopted by the composers of modern flamenco as an element of fundamental percussion for this artistic genre.

Watching a live flamenco show is the best experience to enjoy the characteristic sound of the flamenco cajón. If you visit Seville, do not hesitate to attend the show we celebrate every day at El Palacio Andaluz. A performance in which this percussion instrument is present that has become an essential for this artistic genre. 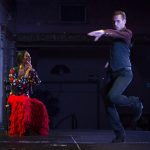 Flamenco festivals in the worldFlamenco 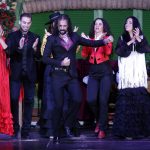