Flamenco in Japan, why is this art so interesting?

By El Palacio Andaluz
Posted 26 August, 2020
In Flamenco
Flamenco in Japan, why is this art so interesting?2020-08-262020-07-30https://elflamencoensevilla.com/wp-content/uploads/2019/11/tablao-palacio-andaluz-sevilla.pngEl Palacio Andaluzhttps://elflamencoensevilla.com/wp-content/uploads/2020/06/show-flamenco-online-sevilla.jpg200px200px
0

Where does interest in flamenco in Japan come from? That the passion of this art has conquered the hearts of the Japanese is a fact more than evident. A crush that has broken barriers, coming to consider the Japanese country as the second homeland of this genre. But how did this idyll originate?

Flamenco is an art that has its origin in Andalusia and one of the best-known cultural manifestations in the world. A genre that crosses borders and proof of this is the popularity it has in corners of the world such as Japan. It is a pure expression of feelings, that is why it has been able to attract the attention and interest of so many people.

In fact, the country of the rising sun has become a benchmark for this art and it is said to have more flamenco academies than Spain. Myth or reality, the truth is that there are many Japanese who visit Andalusian lands to immerse themselves in this culture and deepen their traditions, way of life and, of course, flamenco.

In addition to traveling to Spain to enjoy its benefits, the Japanese visit our country to learn singing, dancing and playing guitar from the best artists. The curiosity of flamenco in Japan was born around the 1920s, coinciding with the premiere of the film “Amor Brujo”, by Antonia Mercé, better known as “La Argentina”.

However, the definitive push took place after World War II, when the Japanese country was included as a destination for the tour of great artists of the moment, such as dancer Antonio Gades or guitarist Paco de Lucía.

On the other hand, the movie Los Tarantos, released in 1963, also played a very important role and had great success in Japanese society. 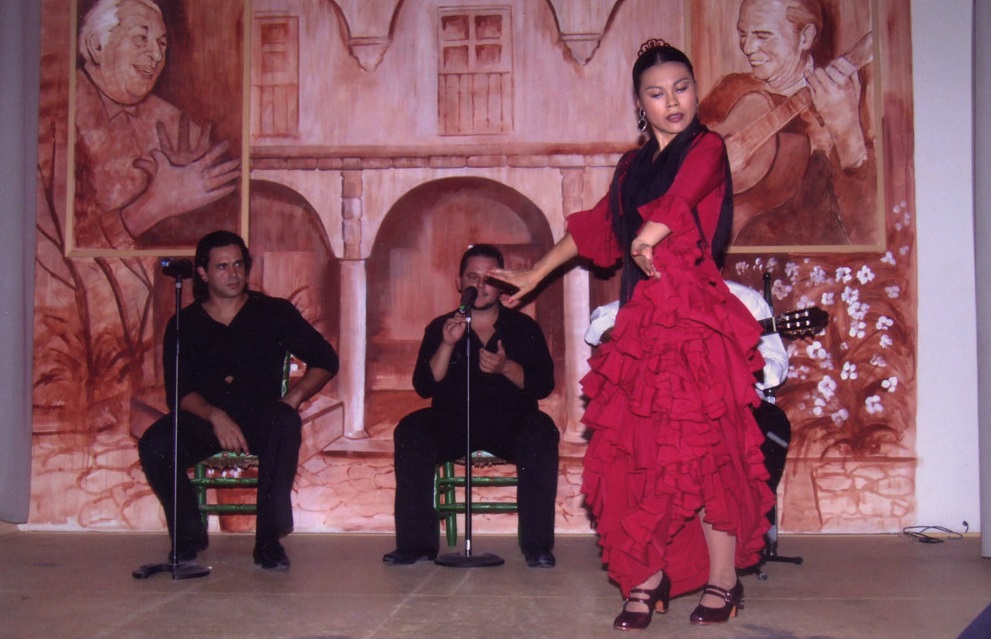 Flamenco, an art of feelings

Being a pure expression of deep feelings and sensations, flamenco in Japan has liberated the Japanese in many ways. With a more sober character than ours, this art has been and is the way of artistic manifestation, especially in women.

In fact, a curiosity that few know is that just in the city of Tokyo there are more academies to learn flamenco than in the whole of Spain.

Some researchers point out that the origin of interest in flamenco in Japan may be linked to the similarity that Andalusian cante has with a traditional Japanese music song (the hoarse voice and some chords).

Understanding the rhythm, the measures, the movements and the coordination of flamenco entails some difficulty for those who are not experts, but that is not an impediment for dancers, guitarists and singers to have a great reception when they perform in Japan. And it has not been an obstacle for Yoko Komatsubara or Shoji Kojima, two greats of flamenco in Japan, to become true references both in their country and in Spain. 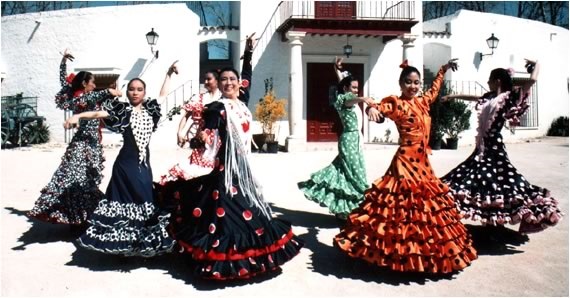 And so, despite being a reference in the Andalusian tradition, flamenco has managed to conquer people from all over the world and with very different cultures.

Currently, in Japan there are two national federations that dedicate their activity exclusively to it. One of them is made up of university students, who spend their summer holidays visiting Andalusia to learn more about Andalusian dancing, singing and playing.

On the other hand, the Instituto Cervantes, a public organization dedicated to promoting Spanish culture and Spanish-speaking countries internationally, opened in Tokyo in 2007, which is the largest headquarters abroad.

Japan has been able to understand perfectly the flamenco tradition, importing the flamenco elements and taking them to a new expression. Many tourists from the Japanese country visit Seville to enjoy a good live flamenco show and in the magical atmosphere of a tablao.

A sign that the flamenco duende appears in the most unexpected places. Long live Andalusian art! 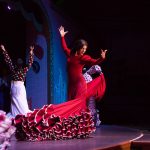 Learn to dance flamenco with our online coursesFlamenco 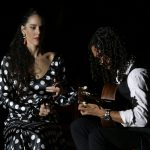 All you need to know about flamenco guitarFlamenco