The flamenco dance: origin and types

Flamenco is an art from Andalusia that combines several elements such as dance, singing and guitar. The result of gypsy, Arab, Christian and Jewish cultural miscegenation, flamenco is, today, an art recognized as Intangible Cultural Heritage of Humanity by UNESCO since 2010.

The strong emotional charge that artists put on the stage during their performances and the atmosphere created in a tablao, make seeing a flamenco show live is a highly recommended experience.

Male dancers and famele dancers interpret each piece with arm movements, body contours and ‘zapateos‘ according to each flamenco style, accompanied by the melody of the guitar and the deep voice of the singer.

The evolution of flamenco dancing

Dance and current music is the result of centuries of evolution, integration and unification of elements of different cultures. With the development of flamenco music, flamenco dance also emerged, which appeared for the first time, recognizably as a structured dance, in the 18th century. 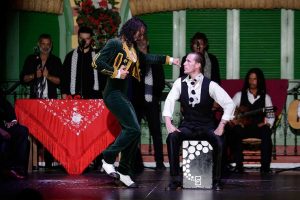 At first, the attention of flamenco was focused on the voice of the singer, but little by little in the performances that were done in the old ‘coffee singers‘, the passion that was wasted by the dancers on stage was attracting public attention and the dance began to steal prominence to the singer .

In a flamenco show, the role of the flamenco dancer is to physically interpret the lyrics of the song, with smooth and elegant movements that contrast, sometimes, with intense ‘taconeos‘ or turns.

The duos, usually performed by a man and a woman, are also very intense dances and with a high dose of emotion, since the dancers maintain a kind of competition in which passion, tension and emotion come into play.

In a show, after the first bars of music and voice, when the dance starts, the artist interprets the style in question with his whole body: arms, legs and even with the expression of his face.

The structure of the piece, the movements and the intensity of the interpretation depends on the type of flamenco dance that is performed. Although more than talking about ‘type of dances’, the most correct thing is to refer to flamenco styles, of which there are more than 50 different ones, a sample of the richness and variety that this art of Andalusian roots possesses.

Each style has a compass, an origin (cantes de forge, party, back and forth …), a specific type of lyrics and a music that differentiates some clubs from others. A characteristic that has in common flamenco singing, music and dance is the high degree of improvisation of the performer, that “personal seal” with which the artist signs his performance and that makes each performance unique. 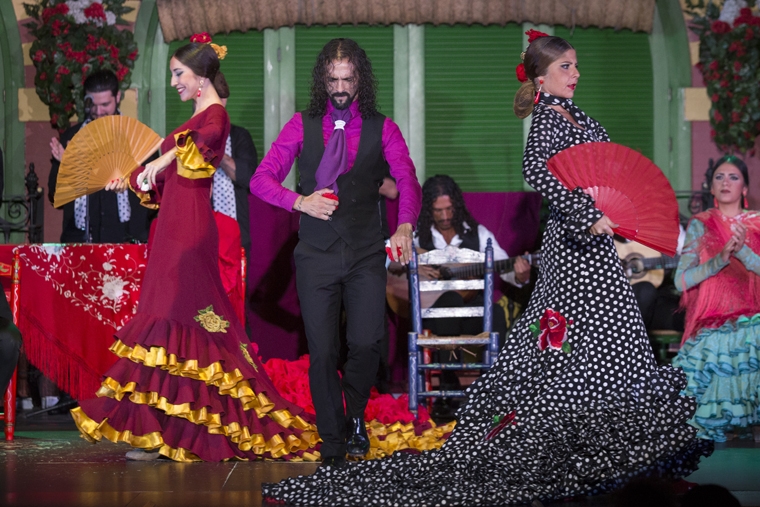 Among the variety of flamenco dances, the most popular and known are the following:

The best flamenco dance in Seville

In the flamenco show of El Palacio Andaluz, different flamenco styles are danced in a staging that bears the signature of Emilio Ramírez, ‘El Duende’, principal dancer, choreographer and artistic director of this show full of feeling and passion.

The show, which you can see live in our flamenco tablao, is performed by a unique cast of artists in Andalusia. In fact, this show has been chosen by TVE (Spanish TV) for the promotion and international diffusion of flamenco given the visual and artistic quality.

If you visit Seville, you can not miss the best flamenco dance. You have to see the show that night after night we celebrate in our tablao. Make your reservation online now! 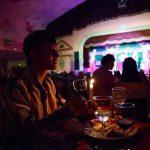 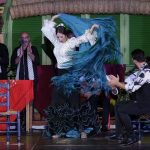 Curiosities about the origin of flamenco artFlamenco