Born in Bormujos (Seville), his love affair with flamenco began at the age of four. His mother enrolled him in an academy to learn sevillanas and since then his life has been linked to this art. He has a degree in Spanish Dance from the Conservatory of Seville. At the moment, the Superior Degree at the Ángel Pericet Superior Dance Conservatory of Málaga is being prepared, a formation that combines with the studies of Superior Degree in Infantile Education.

Despite his youth, Soleá de José has participated in different shows and toured stages in Madrid, Barcelona and several Andalusian cities. With only 13 years he went to Germany, where he spent more than a year dancing in different tablaos and local German. It has been linked to El Palacio Andaluz since 2017, where it plays several flamenco palos, only with chopsticks and pieces of Spanish classic.

They say of her that she is an elegant flamenco dancer and with presence in the tablao. She also looks like this and, moreover, she vindicates the role of castanets in flamenco because it is an instrument that says “you can take a lot of advantage and enrich this art”.

He admires Belén López, Águeda Saavedra, Pastora Galván and Matilde Coral, whom he considers a reference in flamenco dancing. A lover and defender of traditional flamenco, this flamenco dancer would love to dedicate herself to teaching once she leaves the tablaos.

Soleá de José must be seen on stage. With and without sticks. It is pure art. 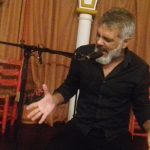 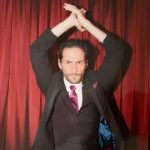