If you are looking for a plan to spend a different New Year’s Eve, as a couple, with friends or as a family, take note of our proposal. Come to the New Year’s Eve Gala Dinner in [...]

What is flamenco? Art, passion and feeling

If you’re wondering what flamenco is, the answer is complex. Flamenco is singing, dancing, talent, duende, passion, feeling… An original art of Andalusia, fruit of the influence and [...]

All you need to know about flamenco guitar

The flamenco guitar is an indispensable element in a tablao. Nowadays it is impossible to imagine a flamenco show without the presence of this instrument, but, although it may seem incredible, [...]

Flamenco in Japan, why is this art so interesting?

Where does interest in flamenco in Japan come from? That the passion of this art has conquered the hearts of the Japanese is a fact more than evident. A crush that has broken barriers, coming to [...]

Learn to dance flamenco with our online courses

Declared Intangible Heritage of Humanity, this art is a benchmark for Andalusia and one of the most appreciated cultural manifestations in the world. A genre to enjoy and why not, also to learn [...]

Flamenco is breathed in Seville. Flamenco and Seville maintain an idyll that comes from afar, a connection that is latent in many of the corners of this city, where you breathe, feel and become [...]

What is cante jondo?

Cante jondo or flamenco cante (flamenco singing) constitutes a unique way of interpreting flamenco and the purest expression of showing feelings on tablao or stage. It is an interpretation based [...]

The peteneras, a very sentimental style of flamenco singing and dancing

The flamenco long-tailed dress gives flamenco dancing an extra touch of elegance. A complement that dancer women wear and whose movement requires technique and a lot of practice. It was at the [...]

Online flamenco courses is the new proposal of the Tablao Cuna del Flamenco, an initiative that has the collaboration of El Palacio Andaluz and which aims to facilitate the learning of flamenco [...]

The flamenco rumba, a popular style

The flamenco rumba is a popular flamenco form of celebration in celebrations and fairs. A happy rhythm that when it sounds invites to move the body. This style derives from the Cuban rumba, [...]

Online flamenco shows to feel this art from any corner of the world. This is the new project that the Tablao Cuna del Flamenco has launched and in which some of our artists have collaborated, [...]

On our journey through the different styles of flamenco, we arrived at the soleá, considered the cante jondo par excellence in the artistic genre. The main features of this art are derived from [...]

The flamenco jaleo, despite not having much relevance at present, was one of the first genres of this artistic genre, based on styles such as bulerías, soleás and many other styles derived from [...]

Alegrías, one of the oldest flamenco dance

As the song says, Seville has a special color, and part of that chromatic richness that is breathed through every corner of this city, is provided by the flamenco air that runs through its [...]

By El Palacio Andaluz
In Flamenco Artists
Posted 14 May, 2020

Ten female flamenco singers from Seville that we recommend listening to

That Seville is the birthplace of flamenco is beyond doubt. Many artists have come out of this land who have contributed to the history and evolution of flamenco singing, and whose influence [...]

By El Palacio Andaluz
In Flamenco
Posted 8 May, 2020

Flamenco tangos is considered one of the basic forms of this artistic genre. There are several types, among which those of Cádiz, Triana, Jerez, Granada and Málaga stand out. It is a cheerful and [...]

The best flamenco singers in Spain

Flamenco is a cultural reference in Spain and perhaps the most internationally recognized artistic genre. Considered Intangible Cultural Heritage of Humanity by UNESCO in 2010, it is an art that [...]

READ MORE
Search
What are you interested in reading?
News
ONLINE BOOKING 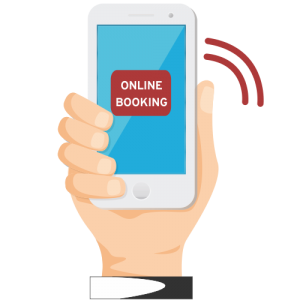